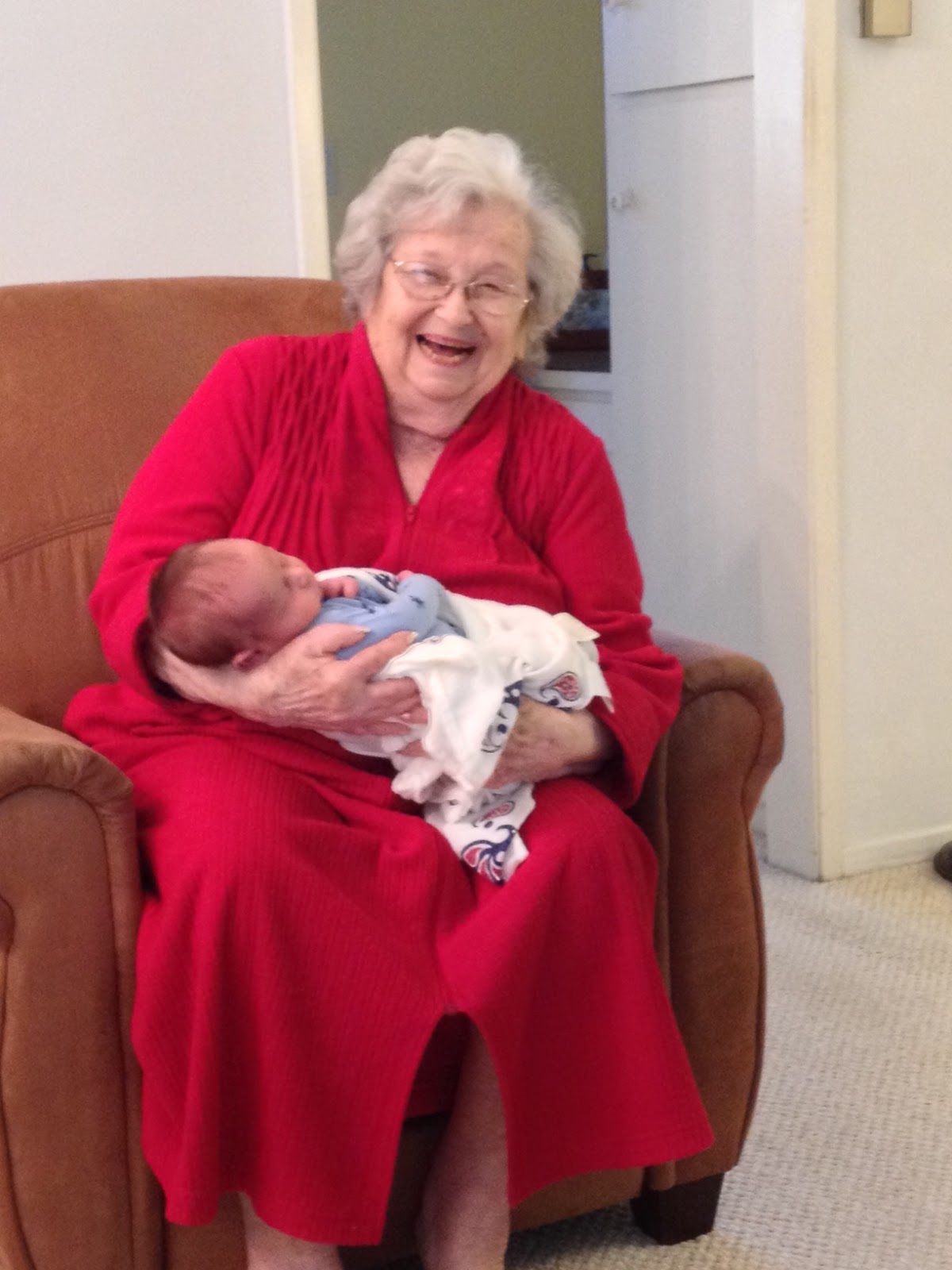 I wanted to dedicate this week's blog to my ninety year old grandma, Bubbie Sonia. Bubbie was born in Russia, and her father left her mother. I think she only got to see her father twice in her adult life. It is rumored that she was banned from her stepmother's house after she took a pair of scissors and cut up her entire wardrobe. (Don't cross Bubbie... There was a girl who had eyes for her boyfriend, and she went out in the middle of the night and dug up her garden.)

In her teens, the war broke out. Bubbie was working in the coal mines when she met Sasha, my grandfather. He rode up on a white horse. They ran from the Holocaust together. Their first child, my uncle, was born in a cabin in Siberia that my grandfather built with his own hands. Bubbie then had my mother in Germany, and they headed to America seeking safety from the displaced persons camp where they lived.

Bubbie had various jobs in America. She worked at a dry cleaners and at bakeries. She sang duets with my grandfather and loved to make jokes. Bubbie always loves to laugh. (And joke about people too...she's a bit devilish.) She was a young grandma. At age 44, I was her first grandchild. She was my favorite. She showered me with endless love and limitless gifts. My wish was her command. Everything was better when Bubbie was around.

In later years, she survived her husband, and she's still smiling. She has four grandchildren and five great grandchildren. She's a poker player, she loves the Lakers, and she's the sharpest one in the room. If you see her at a party, sit next to her. She's the life. As my favorite grandparent, it's a shock she's the last one standing. After colon cancer, at age 50, diabetes, being overweight, and really not a stitch of self-care in her life, I can safely say, that ATTITUDE is everything.

Happy Birthday Bubbie! You are the best. XO, Mandy. 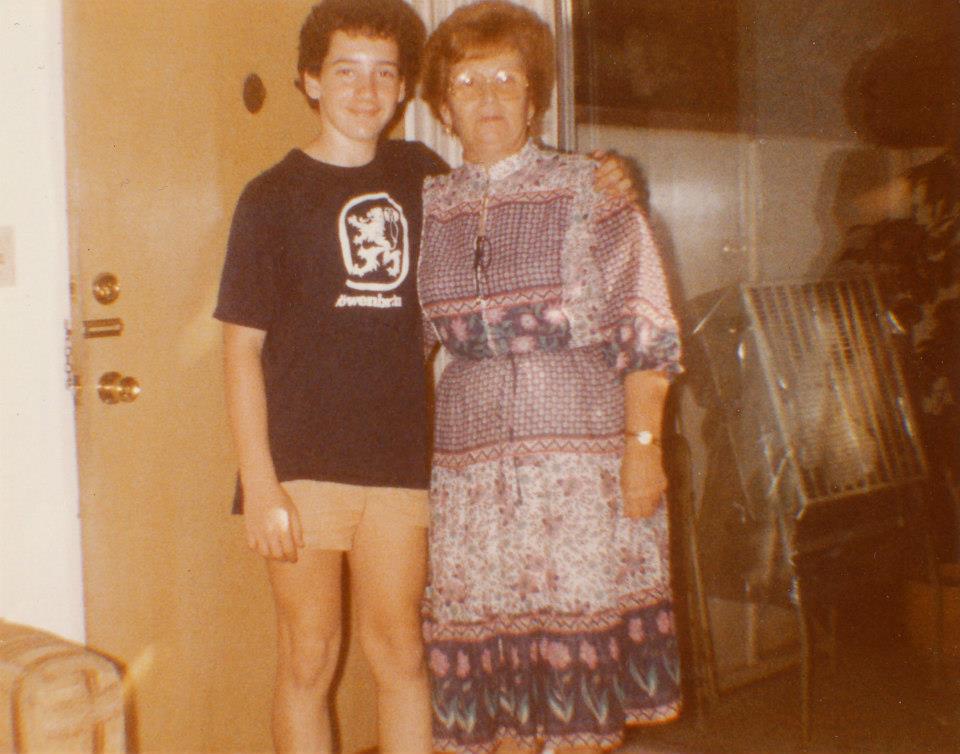 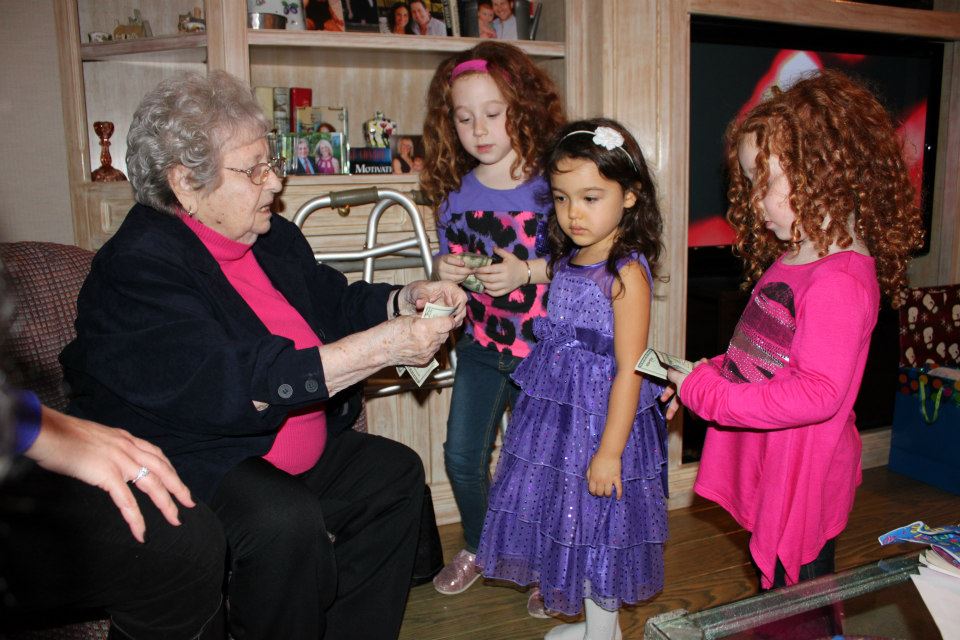 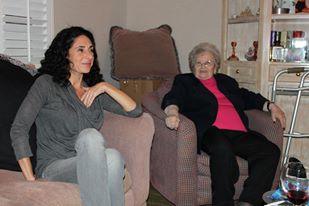 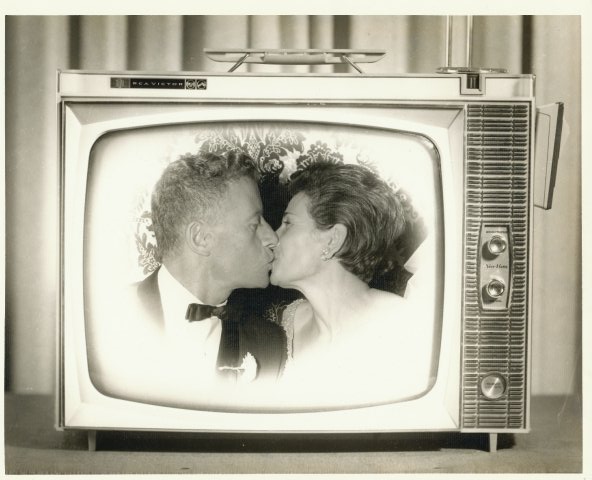